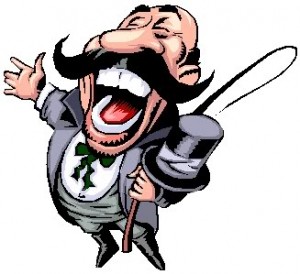 Auction Kings is a shooting star on Discovery Channel. From a wooly mammoth tusk to a hot-air balloon, Gallery 63 sells practically anything, and as we explained back in March 2010, this step forward from Antiques Roadshow and American Pickers showcases what goes on at Paul Brown’s auction house – Gallery 63.

Auction Kings is not just about auctions, but is a reality show about how the whole auction scene is organized and run. Since its premier in October, 2010, the show has seen a genuine vampire killing kit, a Templar sword and a meteorite being brought in and tested for authority. Paul makes sure that everything is genuine before selling in order to protect the good name of Gallery 63.

This is done by calling in experts to evaluate each item, and this is definitely part of the appeal of the show. The ‘experts’ Paul uses on Auction Kings are sometimes a bit less knowledgeable than they claim to be, borne out by some of the comments on the lively forum on the Discovery Channel website for the show. In fact, the forum itself underlines the attractions of Auction Kings and how many have different views on the format and on the owner and employees of Gallery 63.

Some complain that there is not enough time spent on the auction itself, but they miss the whole ethos of the program. It is a ‘reality show’, not an ‘auction show’, and designed to educated us on what goes on behind the scenes in an auction house – that’s why this is known as the ‘Discovery’ Channel. There are 101 auction shows available for those that want them, but this goes behind the auction, and gives us an insight into the work involved in setting up the actual auction.

The show also lets us see that not all experts agree, and many of the armchair experts on the forum disagree with those on the show itself. This level of involvement indicates the health of Auction Kings, and while many forum members run the show down and threaten to stop watching it, they still remain on the forum. One must also therefore assume they remain with the show! 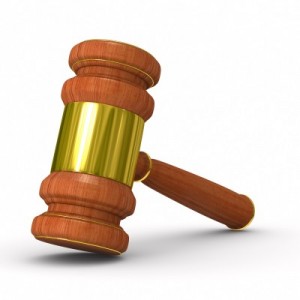 It would be easy for a TV program centered on the running of a real live auction site to become very dry and rapidly run out of ideas, but Auction Kings gets over that very cleverly by introducing an element of humor that allows the personalities of the individual employees to come across. Take the program on the hot air balloon. Paul was reluctant to offer the balloon at auction due largely to the problem of price: how to value it and what price to start it at? This was forgotten when they were offered a trip in the balloon, and we were given some great shots of the surrounding country from way up in the sky.

The vampire killer program was interesting in that there was genuine belief in vampires in the 19th century, and vampire killing kits were fitted out with holy water, a bible, silver cross and dagger and silver-tipped crossbow bolts in addition to the usual wooden stakes and mallet. The knife was serrated to more easily remove the vampire’s head. The program is very informative at times, and at others provides this type of interesting information about arcane beliefs and practices. But was it legit and did it sell? That’s what the show is about!

Auction Kings is based on a very similar format to the successful Pawn Stars on the History Channel, only using an auction house as the focus. Gallery 63 is a unique type of auction house in that it deals in the unique type of article that is difficult or well nigh impossible to find elsewhere. Just as people looKings for the unusual and high-end items go to Gallery 63 to find them, so those seeKings to sell them also have an ideal sales outlet for their goods.

You don’t find the ordinary here, and even the genuine sapphire sold recently was too massive to be of use in a jewelry piece and so was sold as an ornament. The sellers who own the items are hoping to make some cash from their junk – enough for a honeymoon in Paris, perhaps, or just want to beat the bidders and get a higher price than estimated. The bidders want something unique for their homes or maybe even a bargain that will go straight back into auction hoping for a profit!

Auction Kings shows all of this – the hopes and aspirations of the sellers, the suspense while the object is valued and the experts have their say, and then the auction where the gloves come off and the bidders fight each other to drive the price up, or they don’t and it drops like a lead balloon. You see all of this from your first glimpse of the unusual item to its final sale. Who wins – seller or bidder? Is it a legit piece or a fake? Is the ‘expert’ knowledgeable or a fraud?

Such is the excitement of Auction Kings, a true rising star on the Discovery Channel and one that we forecast to be so back in March. This might not be a unique concept as TV shows go, but some of the stuff sold at Gallery 63 is certainly unique and well worth watching.

Shop for antiques in central Kentucky!

One thought on “Auction Kings: A Shooting Star Revisited”