‘Auction King’ A Royal Coup for the Discovery Channel? 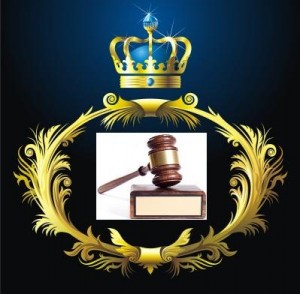 The enormous success that began with Antiques Roadshow, and was followed by the likes of History Detectives and most recently, American Pickers is about to be attempted again. The Discovery Channel is reportedly entering the fray with a new offering, ‘Auction King’, to be broadcast beginning in late Spring or early Summer of this year.

As evidenced by the phenomenal popularity of Antiques Roadshow, there seems to be a huge amount of public interest in the subjects of history, antiquing and collecting, both from the perspectives of those who are collectors and from those who are curious about collecting. Shedding light on the world of dim and dusty shops and snobbish high-end boutiques about what makes antiques valuable, how to search for and discover rare or unusual antiques, or the sometimes overzealous and obsessed behaviors of collectors appears to be attractive subject matter for television viewers.

Just as the name implies, Auction King reportedly will focus on auctions – more specifically about how auctions are organized, what goes on behind the scenes, how an auction house operates and more. The show will feature Paul Brown, son of the owner of the renowned Red Baron’s Antiques, and the activities of his very successful Gallery 63 in Atlanta, Georgia. Even though his gallery is a mere 3 years old, Brown has quickly built a reputation for acquiring one-of-a-kind collections including the acquisition several years ago of a substantial collection of tapes of Dr. Martin Luther King from the 1960’s.

While nearly a half-dozen major TV shows about antiques and collectibles may make you wonder about whether the television market in this genre is becoming saturated, so far it seems that viewers haven’t yet had enough. There seems to be a heightened interest these days, probably due at least in part to our country’s current economic climate, where people want to know the value of old things they may have laying around the house, tucked away in an attic or stored in the basement. Many are interested in their items as possible sources for extra cash or they’re interested in acquiring otherwise unaffordable furnishings and objects on the secondary market where they’re likely much less expensive, and possibly have a great story behind them to boot. Stay tuned!