Coca Cola Collectibles: Why Are Coca Cola Antiques So Popular? 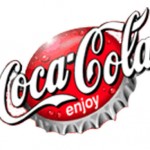 The popularity of Coca Cola collectibles is likely connected both with the longevity of the beverage and also the unique shape that the bottle eventually assumed. It is also fairly ubiquitous around the world, and the brand even better known than McDonalds. The word ‘Coke’ has become synonymous with cola, just as ‘Hoover’ has with vacuum cleaners, and the fact that Coca Cola antiques are highly collectible comes as no surprise.

The distinctive Coke bottle shape was found by serendipity, in that it was intended to reflect the shape of the kola nut, but the artist was just an accountant and got it all wrong using the cacao pod instead. Without the mistake of an accountant, we would have had an altogether different shape of bottle to collect – but that’s accountants for you!

The worth on an old bottle depends on its age, shape, color and the design of the script. The very first bottles were Biedenharn Coca Cola bottles using a Hutchinson patent design. After 1900, however, the bottles were straight-sided with a crown top and had paper labels. They came in five colors of glass, namely clear, green, blue, amber and brown. You will generally pay more for an amber bottle than any of the others, although, as with any antique, the value of old Coca Cola bottles depends a lot on their condition.

The traditional Coke bottle shape, known as the hobble-skirt shape, was patented in 1915 and came into general use in 1917. These had the script embossed proud of the bottle as part of the mold. If you are seeking prices, straight-sided bottles are selling online at under $20 each. Some are a lot more, but the attraction of Coca Cola collectibles is their variety and their history, not their price. Nor are all collectibles antiques, because many people love collecting modern items – it is the name they collect rather than the age.

However, in saying that, it is the older items that most people tend to be interested in. Some will pay large sums of money for very rare items, such as the 50th anniversary cardboard poster issued in 1936 that sold at auction for $2,070 in 2008, or a 35″ x 11.5″ tin Coca Cola sign, selling for $805 in the same year. If you are interested in a price guide, check out Allan Petretti’s Coca Cola Collectibles Price Guide. You should be able to Google it for some useful pricing information.

This will give you information on prices for Coca Cola antiques, including antique bottles and collectibles in general. One 1934 tray is worth anything from $1 to $1800, depending upon the condition. As stated earlier, not all collectibles are antiques.

While most believe that those that are interested in Coke memorabilia must be restricted to bottles and advertising give-aways, this is not true because the company has issued a fabulous range of advertising paraphernalia that reflects the history of the cultural and artistic trends of the time. We can see the art nouveau influence of the turn of the 19th and 20th centuries, the art deco of the 1920s to the 1940s, and the influence of the Second World War.

The posters offer an insight into the optimism of the 1950s, and then the freedoms that came in subsequent decades. There are no doubts that the company is unique in enabling collectors to follow the history of the entire 20th century in the reflection in its advertising of the social conditions and artistic developments of the day.

If you are interested in Coca Cola collectibles, or are already heavily involved in collecting old Coca Cola bottles or other antiques, what should you be looking for now? Who knows what will be collectible in the future, but modern technology has been responsible for the introduction of the plastic bottle, though it is interesting that these are available in both the straight and the hobble-skirt shapes. It is almost inconceivable that plastic bottles will one day attain some antique value, but then again, they said the same when iron and steel replaced the beautiful bronze sculptures of yesteryear, let alone the weapons!

However, back to the original question: why are Coca Cola antiques so popular? Perhaps because there are so many of them at such low prices, and that they indeed do reflect the society of their times. Perhaps because they can be easily categorized into trays, bottles, boxes and advertising posters, to name but a few. Specialization is possible, but not only that: they are colorful after a certain period.

And NO, coke is not an effective contraceptive, it did not become carbonated unintentionally, it has not been poisoned by Al Qaeda, it did not invent Santa Claus, it will not dissolve your teeth overnight and it will not get you high when mixed with aspirin. But, YES, it was once considered anti-Semitic, and yes, it did once contain cocaine.

And YES, Coca Cola collectibles are among the most collected items in the USA, and YES, prices of coca cola antiques can vary in price by 180,000% for the same item depending on condition. Happy hunting and collecting!