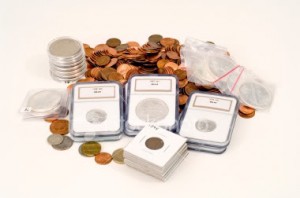 It is an indisputable fact that, apart from condition, coin values are determined by one of three factors: their value as a currency, the demand for them and their bullion value. The first of these is largely irrelevant to investors, collectors and numismatists, and condition is paramount, applying to all types of coin. Basically, the better the condition of a coin the higher its value.

Although it is not our purpose here to deal with semantics and definitions, while the term numismatics derives from the Latin ‘numisma’ for coin, it is now generally understood to refer to the study of currency in general, including paper money and medals in addition to coins. Hence, a numismatist can be a coin collector, but the reverse is not necessarily true. Investors can be involved in both the increasing coin values of rare items and in the financial investment in bullion coins such as the American eagle bullion program.

Taking that aside, let us first focus on coin values in general, and why and how the worth of certain coins extend beyond their face value or that of the metal they contained. It is believed that certain coins of ancient Greece and Rome were collected by individuals for their artistic value, because they were old or as commemorative items: special coins would be struck to commemorate the reigns of emperors, festivals and also more occasional special events.

This was extended during the Renaissance period in Europe, and coin collecting became a fairly common hobby of the nobility and ruling classes – largely because they were the only classes that could afford to collect coins rather than simply spend them. In these days, however, coin values were generally based on the value of the metal from which they were formed, or on the face value of circulated coins. The collection of coins as an investment per se is a relatively more modern activity, developing predominantly during the 17th and 18th centuries as the expansion of travel and trade gave rise to a wealthy merchant middle class.

The first guinea was minted in England in 1663, and because it was gold it not only retained its value, but that value increased in tandem with the value of gold itself. Since then, gold coinage has had its ups and downs, value dropping considerably during the 19th century, and it was not until 1821 that the UK adopted the gold standard based on the Gold Sovereign, the USA following with the American Gold Eagle in 1873. Gold coin values were then set at the value of gold, and theoretically a country could mint as many gold coins as it possessed gold to do so.

Other eagle coins were subsequently made from silver and platinum, and again bullion coins hold the value of the same weight of metal. Generally, that is how the value of bullion coins came to reflect that of the metal, although, as inferred earlier, coin values are not only based upon their metal content, but also upon their scarcity value and their demand for aesthetic reasons.

Coins become scarce not only with age, but also because they are minted with imperfections, just like postage stamps. Missing mint marks, off-center strikes, mated pairs and mules, where the obverse and reverse do not belong with each other, are just a few of the faults that can increase the scarcity value of a coin. You would be very lucky to find one of these by accident, and they are generally purchased either as curios or as investments. A Lincoln 1967 1 cent coin struck with a defective planchet, for example, is selling online for $99.

The condition of a coin is very important in determining its value, and in the USA Sheldon’s numerical system is used to grade coins while the Europeans prefer a descriptive method. A single grade higher can make a large difference to coin values, and Sheldon’s system can be applied to both older and newer coins, and to those with mint errors. 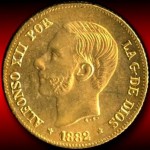 Regarding rarity value, it is not its age that determines a coin’s value, but its scarcity. The fewer there are around, then the rarer it will be and therefore the more that collectors will be prepared to pay for it. An old coin can be worth less than a relatively recent one. As an example of this, Roman coins are fairly common in the UK, and are fairly regularly dug up. They have very little value in comparison to their age, and many 19th century coins are worth several times more than an average Roman coin. Investors will look for rare coins, particularly if they believe that their value will increase over time.

Alternatively, they will invest in bullion coins, such as the America silver, gold or platinum eagle. Although they have a set ‘face value’, their real value lies in the weight of bullion metal they contain. True coin collectors, or numismatists, might purchase one of each of these for their collection, though it does not comprise true ‘coin collecting’.

If you want to find the value of any coin in your collection, there are many online websites that should be able to help you, or take your coin to a local dealer, or contact one of the many magazines specializing in coins and numismatics. Alternatively:

Coin Values Online: will offer you the retail prices of over 65,000 American coins; it was formerly known as ‘Coin World Trends Online’ and is available free only to Coin Values and Coin World subscribers.

NumisMedia: provides the ‘fair market value (FMV) price of properly graded coins within each coin category. Their online price guide is free and is updated monthly.

It can be seen that coin values are determined by a number of factors, including rarity, demand, metal content and condition. To the true collector, however, a coin’s value is more undefined and perhaps irrelevant while to the investor it is paramount. Nevertheless, fair prices are available for coins from the websites or bodies mentioned above.