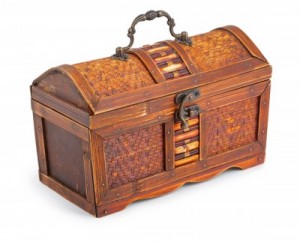 The attraction of the Antiques Roadshow is, without question, enormous as evidenced by the show’s phenomenal success. But what have been some effects of this massively popular program? Has it changed a pervasive view of antiques being the domain of the elderly, of dark and dingy antique shops hidden away on some unpopulated side-street or snooty galleries reserved only for well-heeled blue bloods?

If its effect on the British, from where the series originates, is a yardstick, then it most definitely has, and indeed it certainly has had the same effect on viewers of the program in the U.S. For those that have yet to view the program, a quick explanation may be needed.

Antiques Roadshow is a TV program to which the public brings their favorite antiques and collectibles for the experts to comment on them and give an all-important valuation. In the same way that you might consult an expert advice site such as http://www.lovemoney.com/ for guidance on how to make the most of your money, Antiques Roadshow gives ordinary people the chance to speak to antique specialists, and discover if their keepsakes have any financial worth. It is designed to offer an interface between experts on antiques and collectibles of every conceivable kind, and the general public. The show doesn’t focus on professional collectors and investors, but on “ordinary” people who have searched their attics or brought along items that they think might be interesting or have some worth.

The show is of particular interest to the viewer who is waiting for the ‘big find’: the painting in the attic worth a fortune or the small childhood doll worth thousands of dollars. However, the program also appears to increase the interest of viewers in what they are seeing: collectibles and antiques of every form. For instance, they notice that other people actually collect these spoons, horse brasses or Star Wars figures in which they’re interested, and that they are not alone in their collection of thimbles or miniature cars.

In short, the Antiques Roadshow shows the world what other people collect and educates us about these collections. People that would otherwise not give collecting a particular thing a second thought find themselves enthralled with the history behind autograph books, scrap books, crystal decanters and even locks of hair. The show has opened up a world to many people that they never knew existed, and without a doubt has converted many who were not especially interested in collecting into enthusiastic collectors.

In those countries where the Antiques Roadshow has been aired for a number of years, there is a significantly greater knowledge of collectibles in general than before the program was shown. Many now watch the show as a means to learn rather than hoping for that amazing find, though the amazing finds do keep coming – like the Navajo Ute blanket valued at a half million dollars. However, even that was beaten by a jade collection shown in a January 2010 show, valued at one million dollars.

So amazing finds do come along, and what makes them so fabulous, and what ultimately adds to the show’s entertainment cache, is that the owners have no idea at all of their value. It is one of the fundamental attractions of the Antiques Roadshow: these are not items brought from a museum or by professional collectors, but just stuff that ordinary people have inherited, and often kept in their attics or basements because they didn’t like them. Most of the individuals appearing on the show are amateur collectors like you and I.

However, there is also a potential down side to this, and it is that viewers can be given a false impression of the value of their junk. What is not aired on the show are the large numbers, hundreds and even thousands of people, whose items are of little or no value at all. What you don’t see televised is that the experts start on the morning of a show’s filming, and endure hours and hours of evaluation to get to those items worth televising when the final edited show appears. The vast majority of items brought to the show are either worthless, or not of sufficient interest to be broadcast.

It is important, therefore, that viewers do not get the idea that everybody has thousands of dollars worth of junk in their attic, because that is not the case. Most people will realize that, and take the show for what it is: entertainment mixed with good information about antiques and collectibles. When you hear how a person may have purchased an item at a garage sale for a few dollars and it is valued at a few thousand, this offers the hope that it can happen to you. But, in your heart you must realize how highly unlikely that circumstance may be – especially if you don’t attend garage sales!

But finding that one rare treasure is not an impossibility, and if you get involved in collectibles then it can happen. With the continued popularity of programs such as Antiques Roadshow, hope springs eternal! The show, and others like it, give you an indication of the wide range of things that people collect and how even the strangest collections can potentially be worth a lot of money.

It is important though that you collect because you love what you do – not that you have a high expectation of the value of your own collections. One of the important things that Antiques Roadshow has shown us is that the vast majority of people who have had high valuations on the show did not sell their collections, but hold onto their antiques and collectibles or continue to collect because that is what they love doing.